Balut egg looks like something out of a horror movie. But to people in South East Asia, it is a common eaten delicacy and aphrodisiac. Although I cannot comment on the effects of your libido, I can comment on how it taste. This is the perfect example of the old saying, do not judge a book by its cover. But then again, the saying we eat first with out eyes come into play. Because of the appearance, most would never even try to eat it. However, for those who do try it, they will be pleasantly surprised by its taste.

What is a Balut Egg 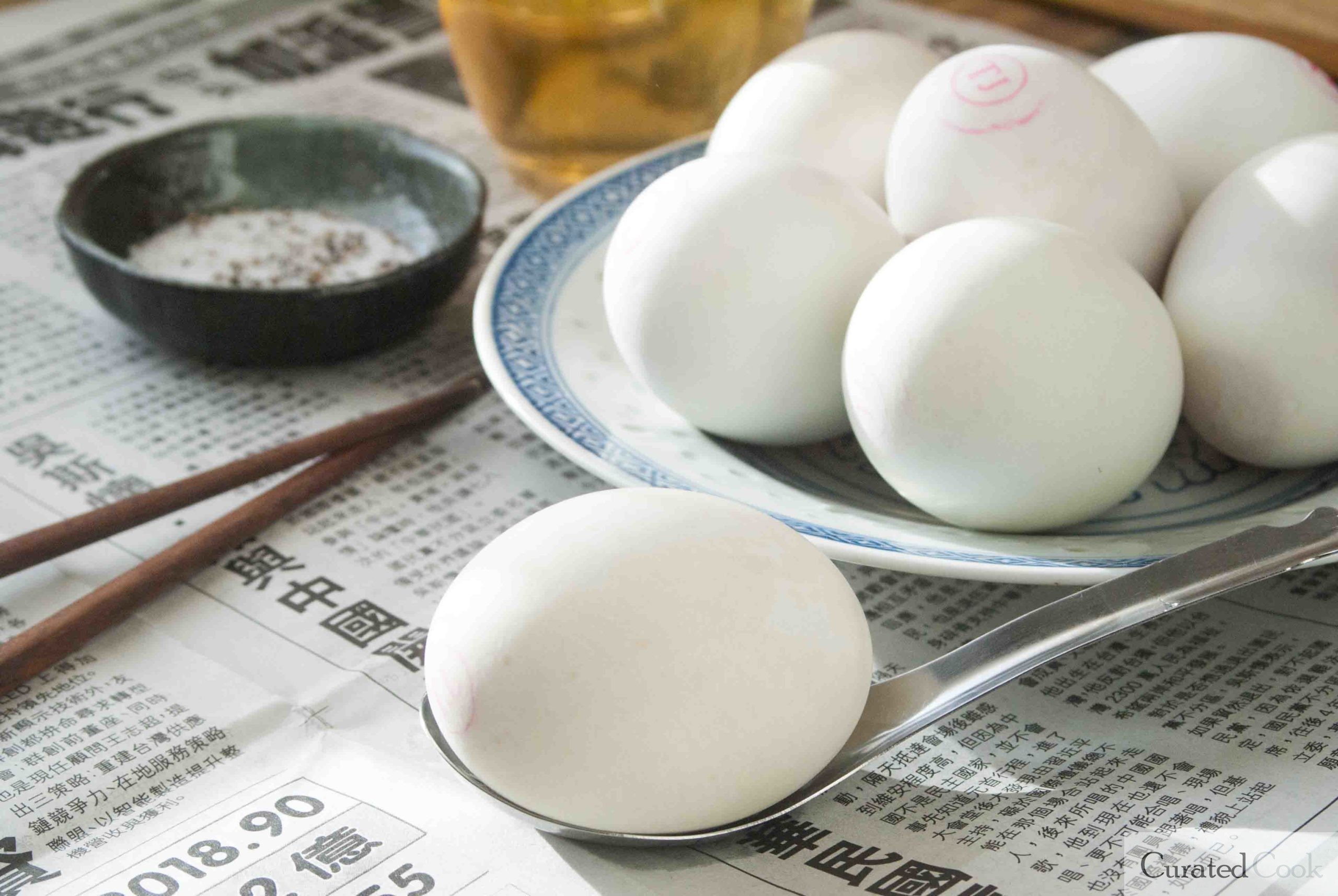 Balut is a bird egg that is grown from 14-21 days then boiled to stop its growth. The end result is the half grown egg that you see inside. Think of it as a partially developed baby bird. Sometimes you will find hair and partially developed beaks and wings. However, given its stage in development, those are usually soft enough to be edible.

The taste of a Balut actually has many different layers. First, there is a meaty texture to it due to the egg being partially developed. Then there is the creamy texture of the half developed yolk. The juice inside the egg also taste like chicken broth. Finally, there is a somewhat a hard texture to the other pieces. Combine that with salt and pepper and the flavor is brought to another level. It really does taste good, it just looks disgusting.

On the Balut egg, there is usually a hollow opening on either side. Tap either side on the counter top to see which one is hollow and open it from there. 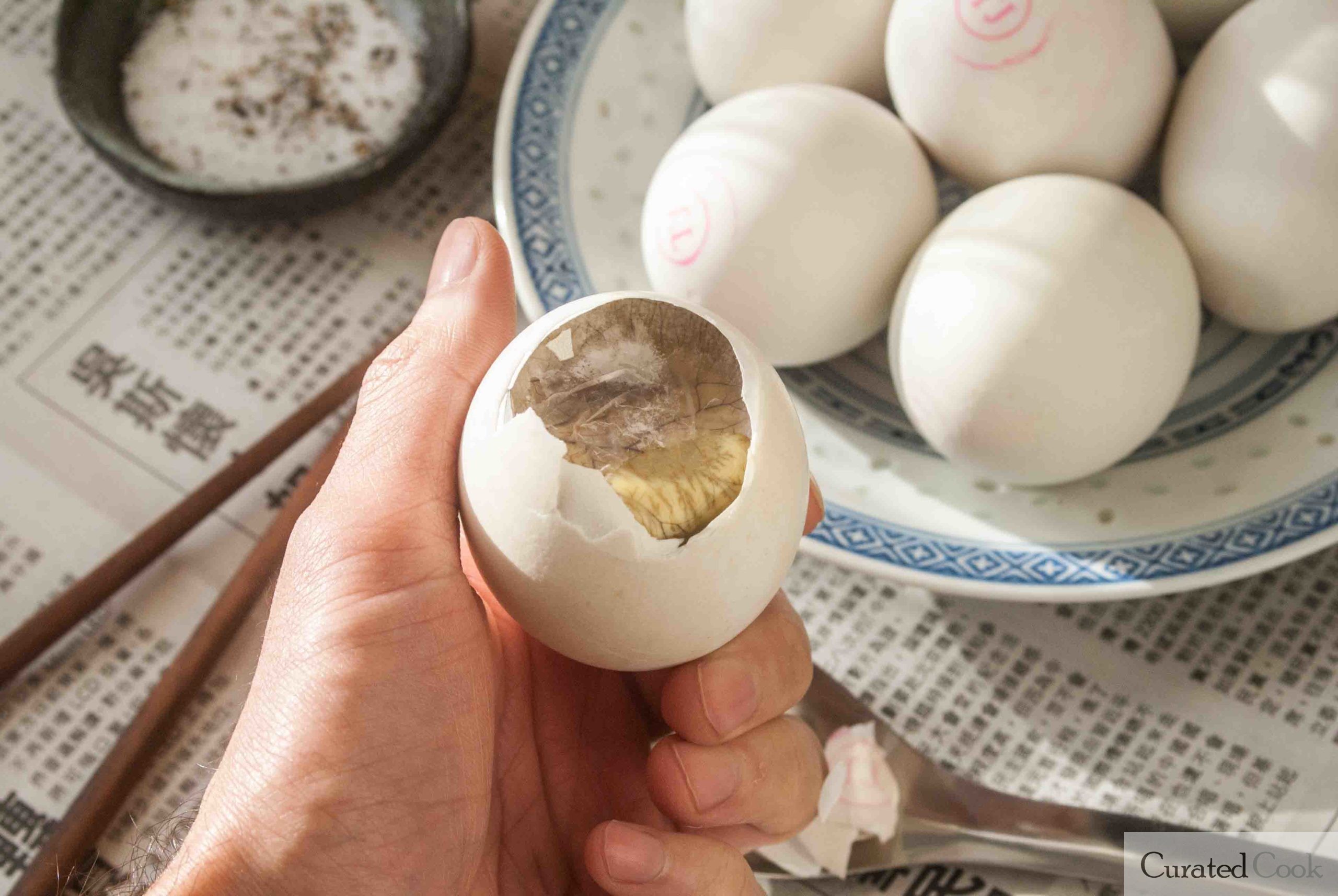 Once you did that, you can find a soft skin, I recommend that you break open that and drink the liquid inside. It will taste like Chicken Soup. 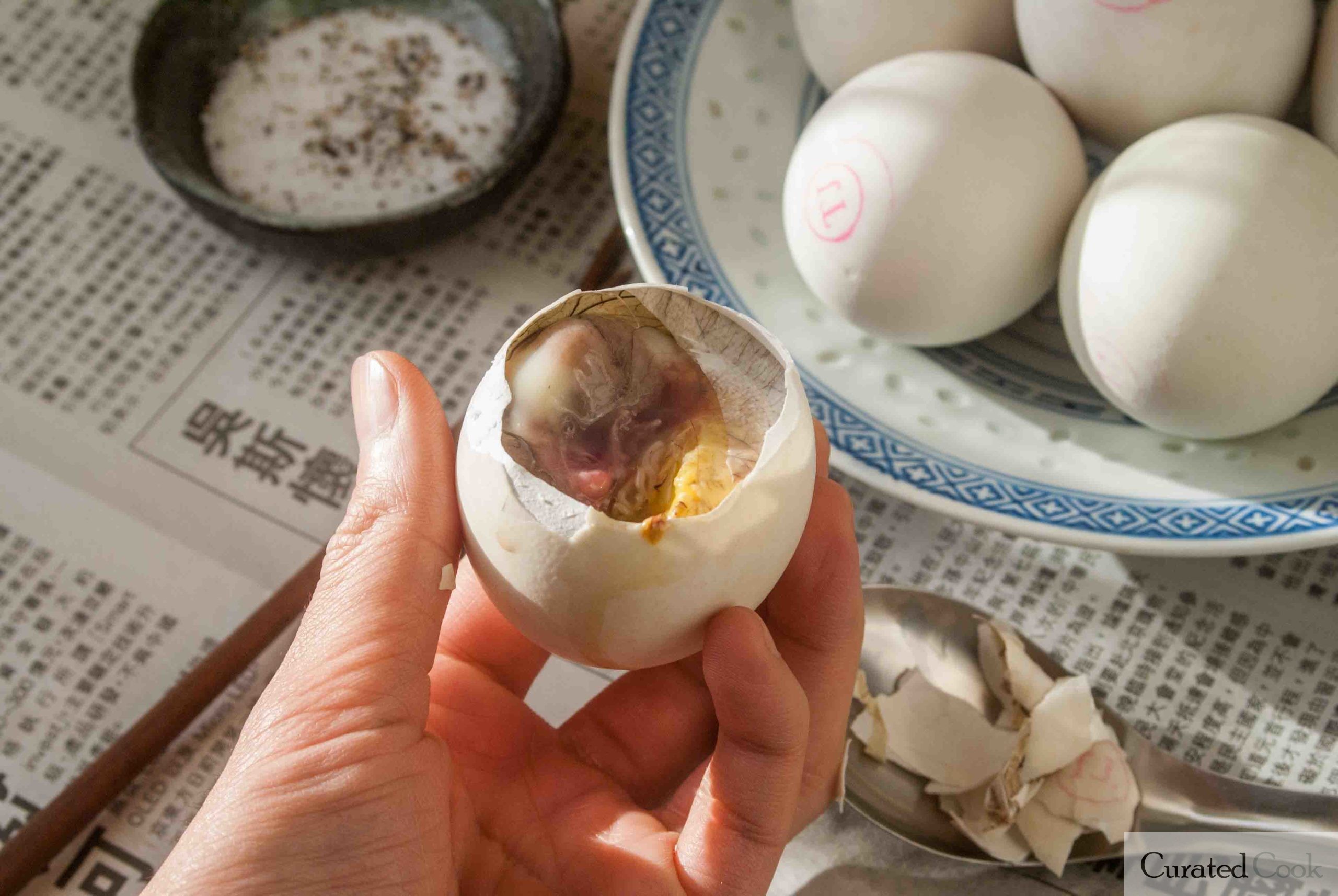 You can use a spoon to remove the yolk and partly formed chicken from there. 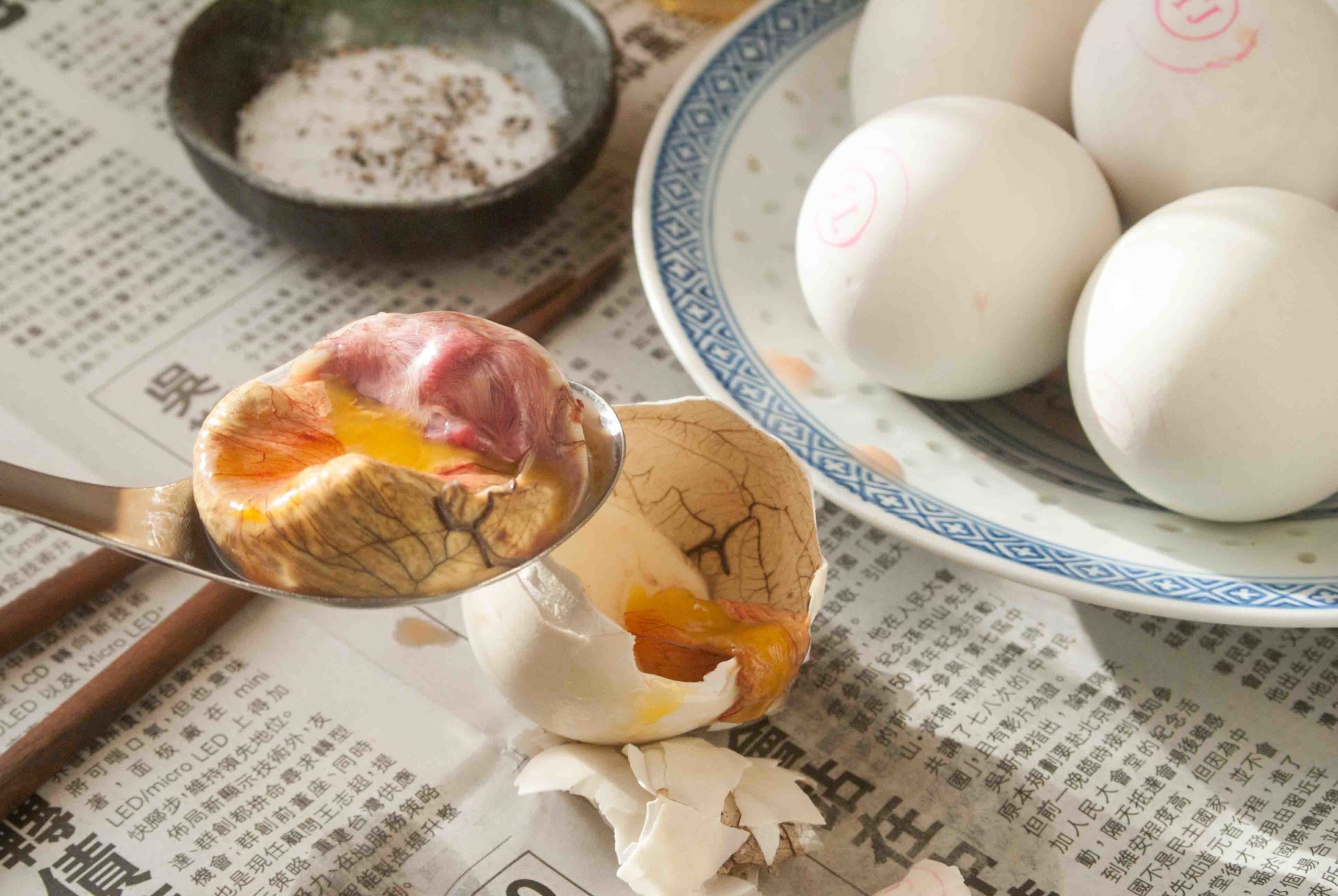 I highly recommend that you add some salt and pepper to this portion to improve its flavor. 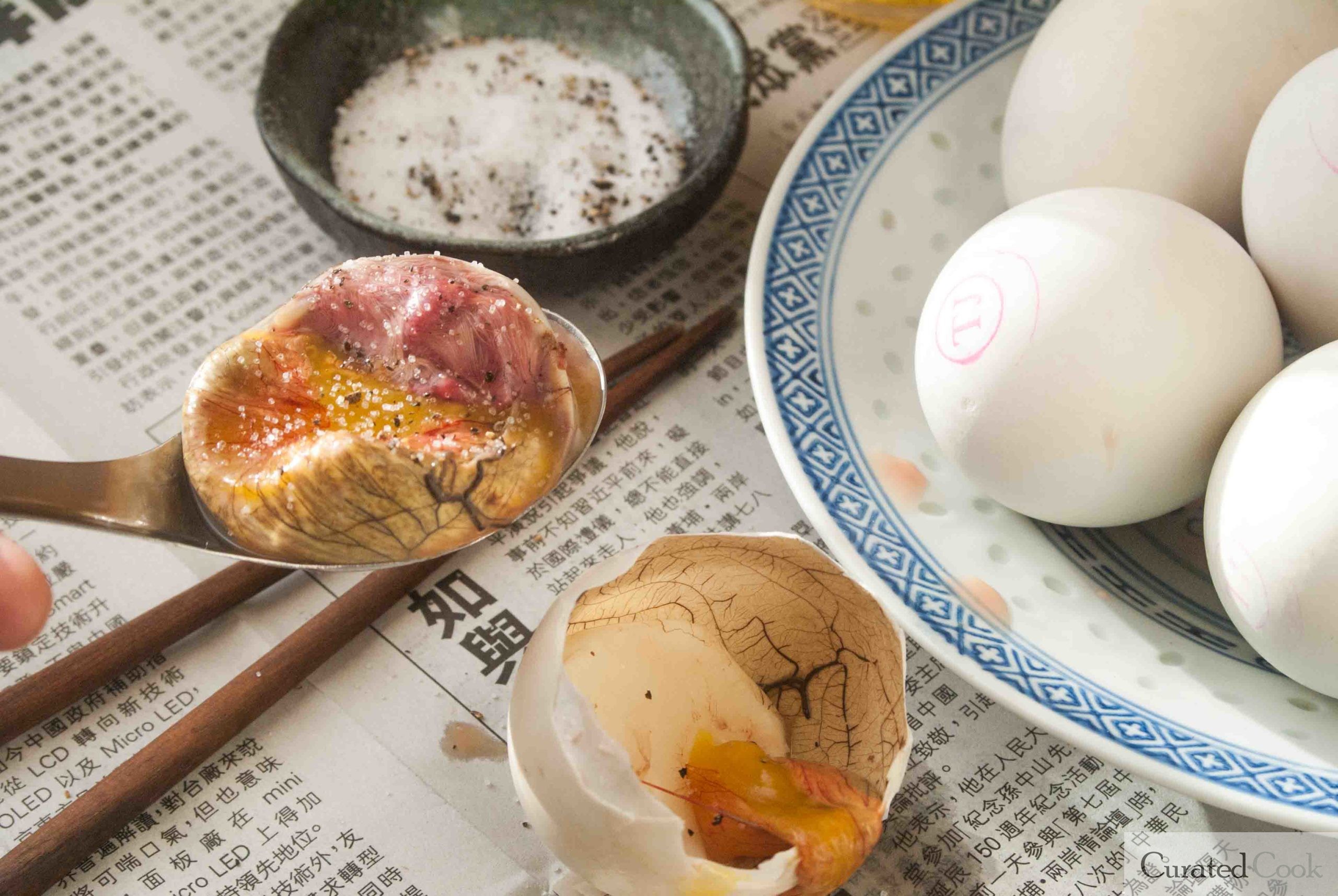 The bottom portion is the remaining egg white. It is very hard, but you can still eat it if you want. I personally just toss it. 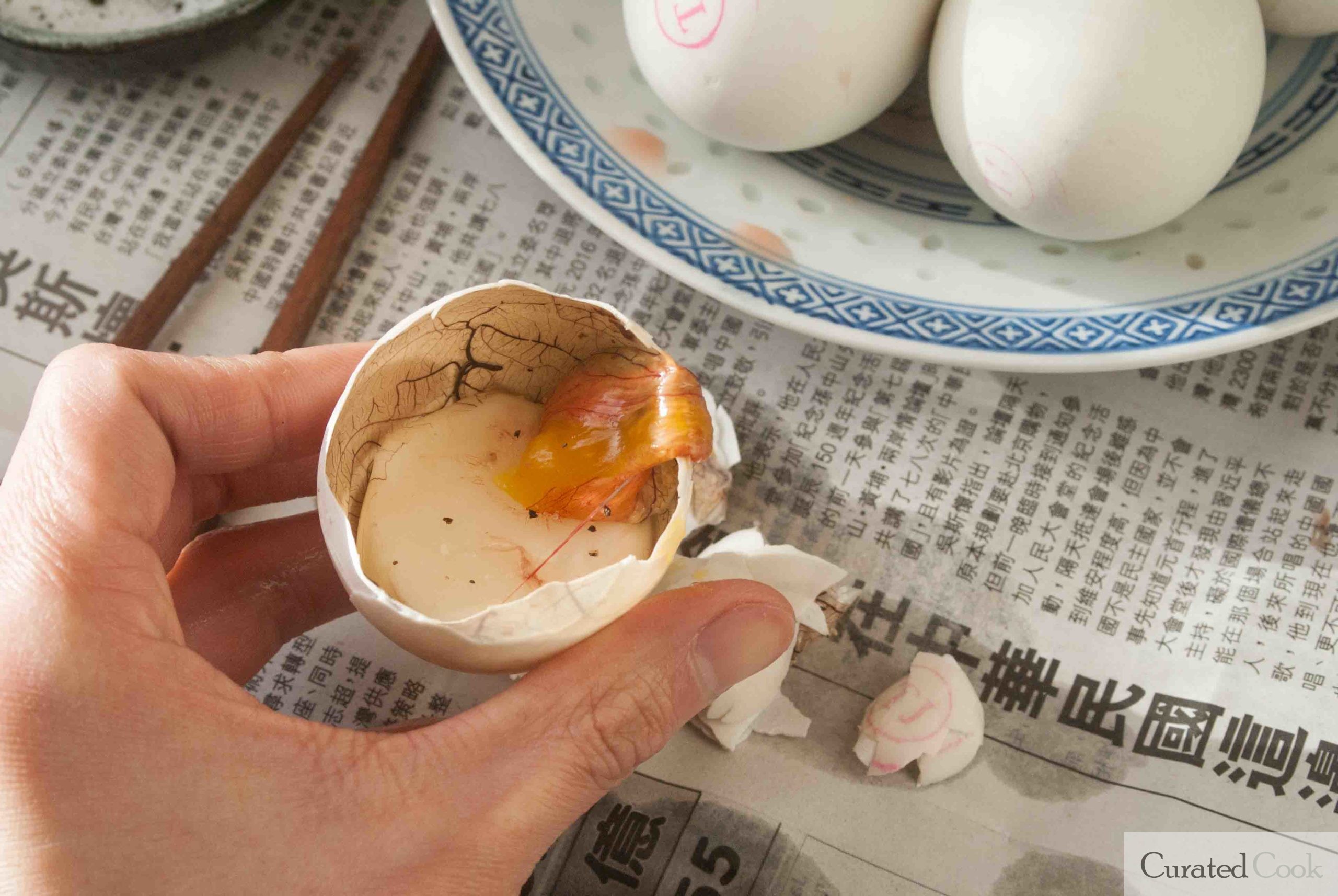 Unfortunately, I have no picture of me eating it but here is a video of Gordon Ramsay eating a Balut Egg.

The picture from Wikipedia will give you all the nutritional fact about Balut. In general, its like eating a regular chicken egg, nothing too bad really. 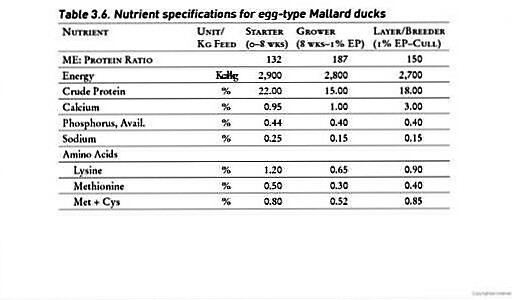 Is Balut safe to eat?

Yes, its perfectly safe to eat a Balut Egg. It does not have any harmful effect on you. If it did, it wouldn’t be served as a delicacy. In fact, it almost has the same nutritional value as a egg.

Where to buy Balut Egg?

You can usually find these eggs in a Asian supermarket. Try to look for a Asian location with a sizable Vietnamese population. The one that I buy it from is called Cali Mart in Alhambra CA. No American supermarket would carry this. I paid around 1.20 each for each egg. A little pricey compared to the standard egg.
I tried to check to see if Amazon carry Balut Egg but all they have is the persevered and salted duck egg. Those eggs are used for separate purpose. I will do a review on those down the line.

No, they need to be boiled in order to stop the growing process. Unless they somehow survive which I am 99% sure that they wont. You are safe if you are worried about them attacking you. 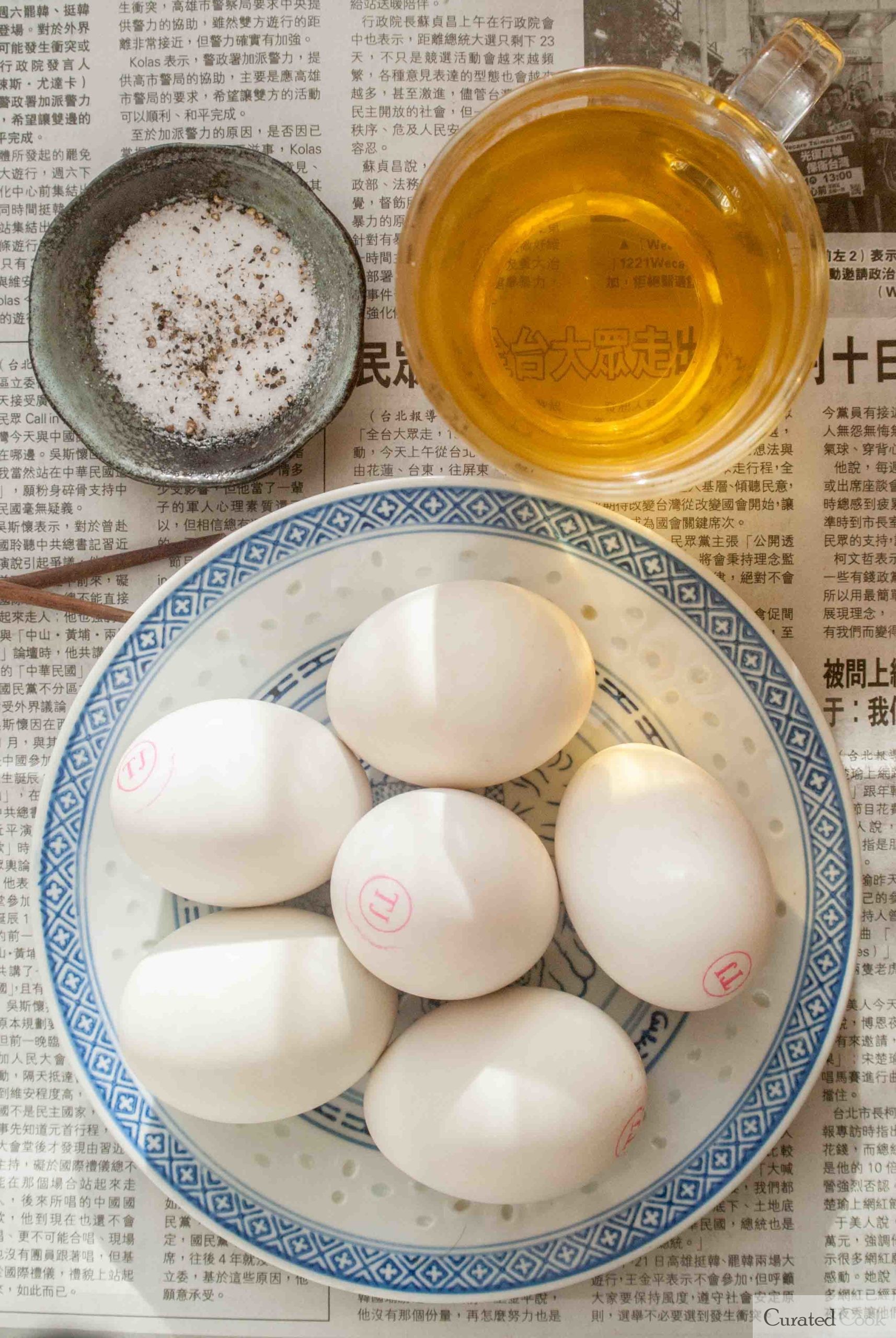 There really isnt much to the recipe as people mostly eat it by itself but there are some condiments that is common with the Balut Egg.

1) Boil the Balut Egg for a few minutes to warm it through.
2) Peel the Egg
3) Dip the Egg in either the salt and pepper mixture or the Fish Sauce Mixture
4) Squirt Lemon as Necessary

Thats it, pretty simple. There are other methods where they braise it in soy sauce but this is the best way of tasting Balut.

Yea, this thing looks pretty ugly and horrifying. But if you can look past it, it taste pretty good. Think of a little chicken soup in a egg form. I personally like it but I can see why people are put off by it. There are other weird food like Stink Tofu and Durian that Asian people love to eat. But once you get past the initial disgust you will find that it is pretty good.

I hope you like this Balut Article, If you would like to see more, please visit our Food and Snacks Review page.