Nordicware Bundt Pan is perhaps one of the most famous bake ware in America. The bundt pan otherwise known as the Fluted Tube Cake Pan is used to make a bundt cake. While it might seem like an American invention, the bundt cake actually has its original in Germany. It is a derivative of a German Brioche cake called Gugelhupf. In the northern german region, they are known colloquially as Bundkuchen, which is a combination of Bund and Kuchen. Both Gugelhupf and Bundt shares the distinct half round shape with distinct ridges around the side. In the center, there is a tube that leaves a hole in the cake. This helps the cake cook faster and promote browning. This article or review will give you a closer look at how their pan was made and marketed. Just thought it would be interesting for those who care!

Nordicware was founded in 1946 by a couple Dotty and Dave. They started the company with only 500 dollar and specialized in Scandinavian cookware. Some of the items they sold were Rosette Iron, Krumkae Iron, Plattone Panne pan and the Ebelskiver pan.

Somewhere down the the line they introduced their bundt pan. Since the word Bund couldnt be trademark, Nordicware added the word T to their pan. Hence the name Bundt pan. However, things did not start so well. The sale was so poor that it was about to be discontinued. luckily, it was mentioned by New Good Housekeeping Cookbook and it slowly gained in popularity.

In 1966, baker Ella Helfrich took the pan and used it to win second place in the annual Pillsbury Bake-Off. She won 5,000 dollar and Nordicware got more than 200,000 order for the pan. It soon became one of the best selling pan in America.

The pan that I have looks like it was made around the 1960’s. The version that I have is an all aluminum construction. There are different version as well with Teflon which was marketed as Dupont Teflon. What is interesting is that during this era, their Teflon coating actually has a brown color. This is in contrast with the black coating that we know today.

Preventing the Bundt Cake from Sticking

On their box, they have two methods for using the Bundt pan. One is for the Teflon Version and the other is for the All Aluminum one.

In their instruction, they stated that the primary reason Teflon is used is to aid in cleaning, not to prevent sticking. A big difference from today marketing. They recommend that you grease the pan and dust it with flour prior to using. After you bake the cake, wait 15 minutes before flipping over the pan.

They state that minor scratches will not impair the ability of the Teflon coating to stick. But metal utensils should not be used. Nylon product are preferable. When cleaning it, you should not use metal scourer or abrasive cleaner. Only soft sponges should be used. The same recommendation that you get today. Unfortunately no one listens to this.

This is where it gets interesting, their instruction for making the aluminum nonstick is the same as seasoning a cast iron pan. However, they call this method tempering. Their instruction to temper it is to clean the pan and dry it thoroughly. You then grease the pan with unsalted shortening and bake it at 250-300 degree for an hour. If its anything like seasoning a cast iron pan, repeated seasoning will make the nonstick better. Eventually it should turn black.

On their box, they even have a recipe for a “Tunnel of Fudge cake” and the “Gather Round Pound Cake”. This is no doubt in reference to the Ella Helfreich winning prize. Interesting enough, the side marketing even stated that they were featured in a Leading Women’s Magazine, but not the magazine itself.

You can find the full recipe in the picture below.

Nordicware Bundt pan is made of an All Aluminum construction. Manufacturer do this for a few reason. They are light, conduct heat well and they are cheap. Usually, you don’t want an all aluminum pan because they can react with acidic food. But if you are baking a cake, this really isnt that much of an issue.

The model that I have is for a 12 cup capacity, but these days you can get miniature version as well. While I personally prefer the smaller one, the bigger one are better for serving a family.

One of the biggest issue with baking cakes is how long it takes. You need to keep it at an even low temperature to promote browning yet at the same time get a nice crust. Because of the way the bundt pan is designed. You get past these hurdle. The tube in the center ensures that the center is baked through. An Aluminum constructions helps and aids in developing a nice crust. The ridges on the outside also maximizes the amount of surface area that is in contact with the metal. This ensures that you can get the maximum amount of maillard reaction. Overall, the way the bundt pan was design is pretty ingenious.

If you would like to see more articles like this Nordicware Bundt Pan Review, please visit our Pots and Pans Review page.

Welcome to my website, this site is dedicated to the history and science of Food and Cookware. If you notice a mistake in my research, please let me know. The goal is to educate people about cooking. I hope it helps you get a better understanding of how it works. You can keep up to date with my latest article using Instagram.

Making any purchases at amazon.com helps me out by generating revenue. You can try Try Amazon Prime 30-Day Free Trial and get free Streaming Movies, 2 day shipping, Books and more. This help me fund more reviews and articles like this one. This site wouldnt exist with you, my readers.

Learn to Cook with Gordon Ramsay! 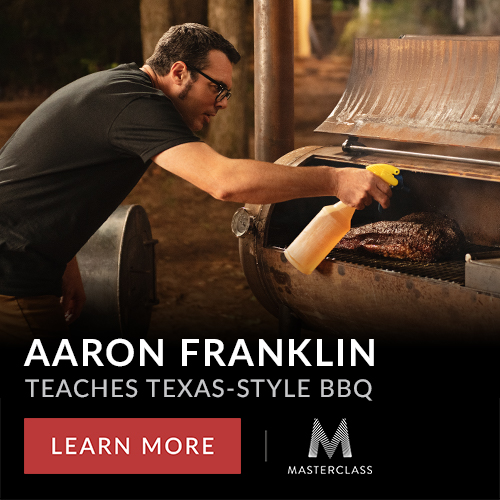 With Masterclass you can learn how to cook from professionals like Gordon Ramsay, Thomas Keller, Wolfgang Puck, Massimo Bottura and more. They have a wide range of cuisine from France, Italy to even Germany. Not only that, you can now learn at home at your own pace. Your enrollment helps support Curated Cook by generating revenue. We wouldn't exist without you.

Audiobooks are a great way to read books on the go. We spend a good chunk of time always stuck in traffic or doing chores, why not listen to a book while you're at it? With Audible, you get the first month absolutely free with no strings attached. How great is that? 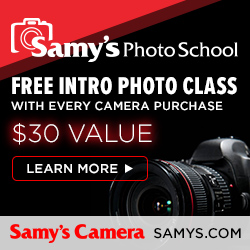 Samy's Camera has always been helpful with my Photography Career. From customer service to classes, they always provided me with what I need. If you ever need anything, I highly recommend going with Sammy's Camera. We partnered with them so any sales that is made earn us a comission. This helps us provide more articles and content.
Back to top