It is estimated that the Chinese eat a pound of rice a day. In america, you will be lucky if you even eat it once a year. This just goes to show you how important rice is to Chinese Cuisine. Rice is used mainly as a way to balance the flavor of other food. Its relatively plain palate makes other food more enjoyable. However, it can also be used as a form of cooking such as Fried Rice of Sticky Rice. The type of rice you should use also depends on what you are cooking. This guide will list the type of rice commonly eaten in China and how they should be cooked.

In Chinese Cuisine, there are three main type of rice used. Short Grain, Long Grain and Glutinous rice (Sweet Rice). They all vary in taste and should be cooked differently.

Short Grain rice are the variety that is most commonly eaten in Asia. They are generally short and stout. It has a sweet and sticky texture to it. They clump up together and is generally very easy to eat with a chop stick. These rices are commonly used in Japanese Cuisine for Sushi and general eating. However, in China, its mostly eaten plain.

I generally find the best water ratio for these type of rice to be 1.5 cup of water to 1 cup of dried rice. To Cook these variety, there is a consensus that they should be soaked for around 30 minute to an hour prior to actual cooking. This helps with the absorption of water and makes it softer in general.

Long Grain rice are commonly associated with Jasmine Rice. These rice have a slightly floral scent to it, hence the name Jasmine Rice. When cooked, the smell of it will waft throughout the house. In terms of texture, they are more loose and do not clump up like short grain rice.

Interesting enough Long Grain Rice is eaten more in California Chinese than people in China. Having said that, Long Grain rice is the preferred choice for making Fried Rice. The separation of rice makes it easy to toss and stir. You can often find Long Grain rice cooked in Clay Pot Rice. 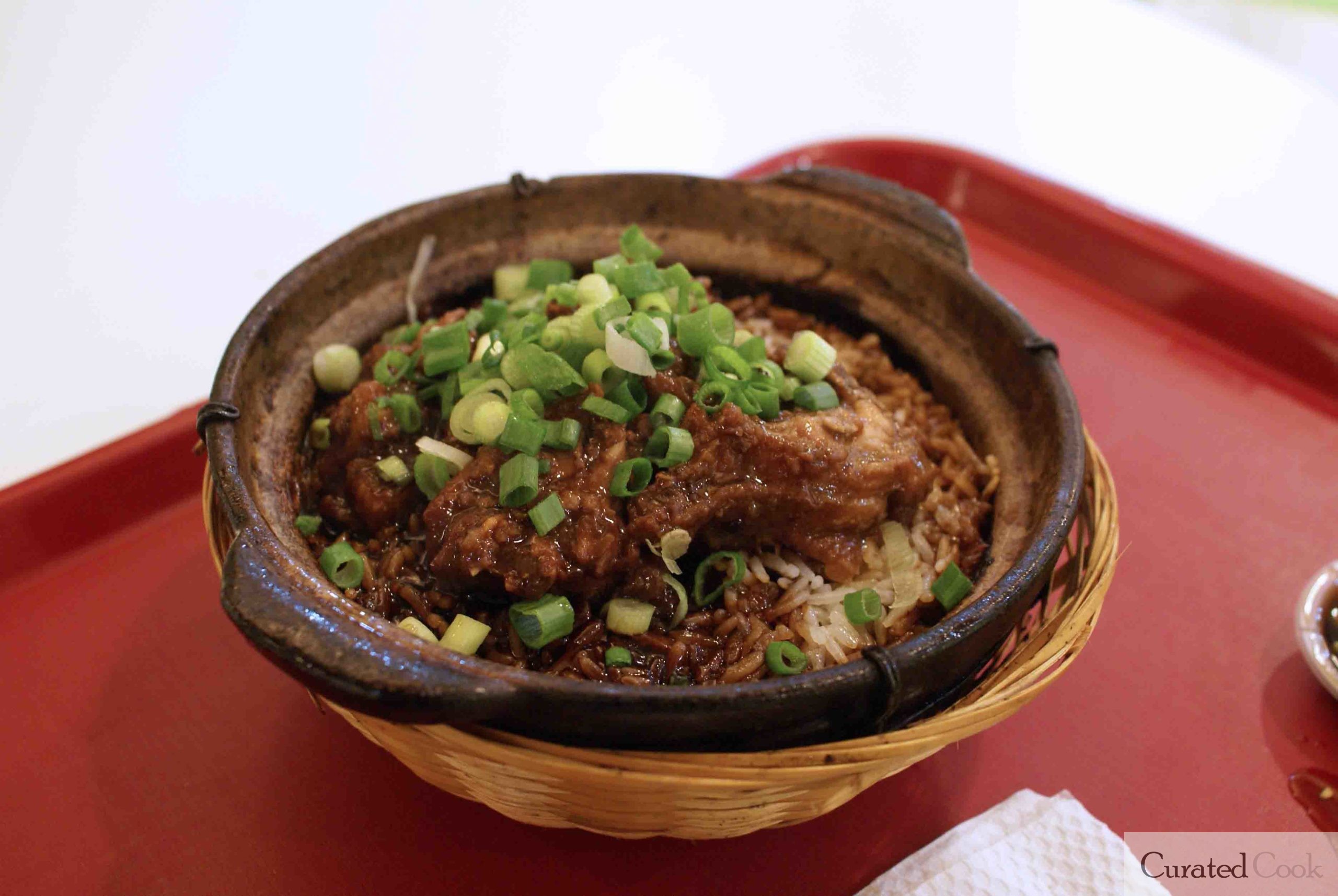 I find that the best water ratio for these rice is 1 cup water to 1 cup rice. They do not need to be presoaked to achieve the proper texture.

Glutinous Rice or Nuo Mi in Chinese is a sticky rice variety. They are used in both sweet and savory food. Some of the dessert that is made from these rice is Nian Gao (年糕) or Tang Yuan (湯圓). Both of which are eaten during new year.

In the savory side, Nuo Mi is used in some of my favorite dish. Zong Zi is a banana wrapped leaf full of rice, Chinese Sausage, cured meat and salted duck egg. A similar dish commonly eaten in Dim Sum is called Lo Mai Gai (糯米雞). Compared to Zong Zi, its a bit smaller, there is minced Chicken, Sausage Duck Eggs, wood ear mushroom and more. While it might look similar the flavors are vastly different and one of my all time favorite.

With Nuo Mi, they also make a fried rice variety. This is called Nuo Mi Fan (糯米飯). It is full of umami filled ingredients such as Chinese Sausage, Dried Scalloped, Dried Shrimp, Cured Meat, Mushroom and more. You usually cook the rice in a rice cooker at 300 g of rice to 250 g of water. So slightly less than a 1 to 1 ratio. You the fried the other ingredients in a wok or a pan and mix with the rice. It is truly a wonderful dish. You can watch it being made in the video below.

There isn’t really much a recipe to Chinese Rice. Its more of a ratio of water to rice. Another thing you should be aware of is that the Chinese do not cook rice on the stove. I have not seen a single Chinese Family who do not cook rice in a Rice Cooker. As such, most recipe involved the use of a rice cooker. It mainly consists of washing the rice, soaking it and measuring the water. Pop it in and press cook. Having said that, there are certain ways to go around washing and soaking the rice. Much of which involves the type of rice you are cooking.

Washing rice is a important part of cooking rice. It should be washed at least 3-5 times or until the water runs clean. This does a few things. It removes any excess starch preventing it from becoming too sticky. Another benefit is that it removes any possible stones, Rice Bran and insect that might have made it into the rice.

In Japanese Rice, they will sometimes coat it in Corn Starch so that oily bran wont make it go rancid. In these situation, you must wash it clear. They will make the rice too gummy otherwise.

Among some Chinese, there is a thought that washing rice will remove the nutrient. That is not true, what you are mainly washing is the starch, which will convert to sugar. I recommend that you wash regardless of what the package or people tell you. It will prevent it from becoming too sticky.

For Short Grain and Glutinous Rice, it is recommended that you soak the rice prior to cooking. The preferred length will vary but generally it will be about 30 minute-2 hours. The longer you soak it, the more tender it will become. For short grain, there is no need to soak it.

After the rice is done cooking, it is recommended that you fluff up the rice and let it steam for another 10 to 15 minute. This will break apart the rice and prevent it from clumping too much. The extra steaming time will ensure that the excess moisture will get driven out.

Storing Rice and Reusing it

After 12 hours, remove the rice and let it cool. Store it in the fridge covered. Be aware, that rice stored in the fridge will typically become hard. Reheating it will usually make it soft again. You can also use that rice to make fried rice. Since rice is less likely to stick, its makes it very easy to cook with. For a Fried Rice Recipe, read our Best Rice for Fried Rice Recipe.

Rice is amazing, you can do so much with it. However, the average America will be lucky to even eat it once a year. If rice is not part of your daily diet, then maybe give it a shot. It can be a good substitute for bread. Cooking rice is not at all difficult with a Rice Cooker so you might want to invest in one. While it is a little bit expensive, the use that you can get out of it is well worth it.